Get to know the talented professionals who teach performing arts and martial arts at the Boys & Girls Clubs of Huntington Valley’s Clubhouse Academy. 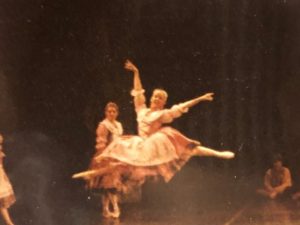 Allison began dancing at the age of 5 when she took her first ballet class. Her professional career in dance began at age 16 when she joined the Pacific Northwest Ballet in Seattle. She has danced with other companies that include American Ballet Ensemble, Ballet Austin and Staatstheatre Darmstadt in Germany. While living and dancing in Germany, Allison had the opportunity to perform in operas and musicals as well as ballets.

Although she has retired from her career as a ballet dancer, Allison remains focused on dance, sharing her love for the art as a teacher and choreographer. She has choreographed numerous productions in the United States and Europe and our very own Clubhouse Theatre. Allison has taught various forms of dance in the United States and Europe has been teaching dance and overseeing the dance program at ClubHouse Academy for over 12 years. 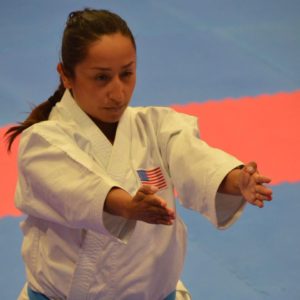 Sensei Tanya Baeza holds a 5th degree black belt in Shito-ryu Karate-Do and has been teaching karate for the past 16 years. She is a former member of the USA Karate National Team from 2004 through 2016. Tanya is a 6-time USA National Champion, 3-time USA Open Champion, and a Pan American Championships Bronze Medalist.

She holds a Bachelor of Arts in Physical Education from (CSUDH). Her students have competed across the country and placed at prestigious events, including the USA Open and Junior Olympics and National Championships.

Lacey Beegun has been a part of the Clubhouse Academy for over a year now and continues to enjoy every second of it! Working with these kids is such an honor and a privilege! She has taught at many studios and conservatories around Orange County including McCoy Rigby Conservatory of the Arts and Millennium Dance Complex OC. She is a principal performer in Frozen Live at the Hyperion at Disney California Adventure and is also a company member of The Honey Taps. She earned a BFA in Musical Theatre as well as a minor in Kinesiology at California State University, Fullerton and is currently working towards her Master’s in Applied Physiology and Kinesiology with a Concentration in Human Performance.

JUSTIN GOEI
Justin Goei , an OC native , is a performing artist who longs to spread joy and cheer through the beautiful art of theatre and dance. From rowing a boat across the stage in his very first production of The Wizard of Oz to traveling all across the country singing and dancing, the exhilarating feeling of performing on a stage will never get old. Justin has honed his craft in skills such as acting, jazz, tap, ballet, and voice at California State University, Fullerton earning him a BA in Theatre. Justin has worked as a professional actor in various companies around Southern California and all over the country, including the National Tour of Mamma Mia!, 3D Theatricals, Performance Riverside, the Tony Award-winning Utah Shakespeare Festival, Musical Theatre West, Moonlight Amphitheater, Sierra Repertory Theatre, Honda Center, Disneyland Resort, & Knott’s Berry Farm. Justin hopes to continue inspiring others by sharing his passion for dance and theatre with the young and young souls at heart. Forever grateful to be a part of the Clubhouse Family. “Love Just Love”

AMANDA HAY
Amanda Hay began training with the Clubhouse Academy of Performing Arts in 2008.  Her training dance includes Ballet, Musical Theater, Jazz, Lyrical, and Tap.  In addition to Clubhouse, she has trained with the Fountain Valley High School Dance Team, Maple Conservatory of Dance, and Vanguard University.  Amanda is currently studying Musical Theatre and Psychology at Vanguard University of Costa Mesa.  She has a passion for teaching dance and exposing children to the arts.  Amanda has taught at the academy and has choreographed for the theatre program for three years. 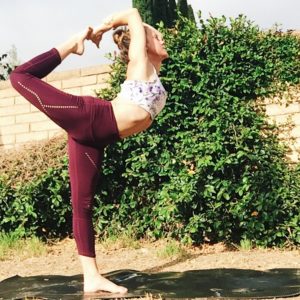 CHLOE HORNER
Chloe Horner is a RYT-200 yoga instructor registered with the international Yoga Alliance. Trained at Yandara Yoga in Bali, Indonesia, Chloe incorporates elements of traditional Eastern yoga technique and body positivity in her classes. After a professional career in the performing arts, Chloe has pivoted her focus to spreading mindfulness and self-compassion to her students through dance and yoga. 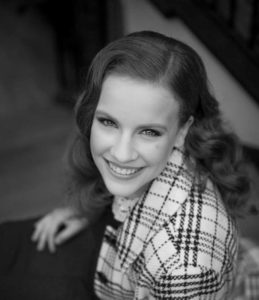 SYDNEY HORNER
Sydney Horner is currently a student at Chapman University majoring in History and Integrated Educational Studies. A former student at the Clubhouse Academy, she has trained in ballet, jazz, lyrical, musical theatre dance, and tap for over fifteen years. While at the Clubhouse Academy, Sydney was given many opportunities to grow in the arts. She received the Hank Aaron Chasing the Dream Scholarship for her achievement in the performing arts and was named the Boys and Girls Clubs of Huntington Valley’s Youth of the Year. She was also given the opportunity to sing and dance at several Boys and Girls Club of America events throughout the country. Sydney graduated from the Orange County School of the Arts where she studied acting, musical theatre, and dance. She has performed in over forty musical theatre and dance productions throughout Southern California. Sydney is passionate about arts education and is proud to be able to teach the youth at the Clubhouse Academy. She teaches ballet, jazz, lyrical, musical theatre dance, and tap as well as directing shows for the theatre program at the Clubhouse Academy. 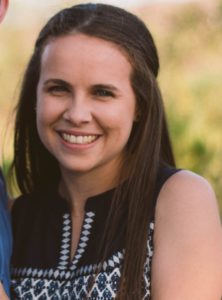 TESSA NEASE
Tessa Nease received her Bachelor of Arts in Integrated Educational Studies, Multiple Subjects Credential and her Master of Arts in Teaching at Chapman University. After graduating from Orange County School of the Arts in the Musical Theatre Conservatory, Tessa began working as a dance teacher, vocal instructor, and choir director. Collectively, she has been teaching in the arts for 12 years.  Working at the Clubhouse Academy combines her two greatest passions in life, teaching and the arts! Tessa enjoys doing yoga and drinking coffee with her two sisters, traveling whenever she can, going to live theatre with her husband, and spending time with her family. She has been a ClubHouse Academy dance instructor since 2011 and vocal director since 2015.